This week was insane.

I'd like to start out by once again saying that I won't talk about work. Both so that I can continue to procure work and also to respect the privacy of those who sign potential paychecks. This last week was a workweek. But I won't be talking about the work itself.

Anyway. So this past Monday I flew to Kansas City for a freelance gig.

And I started out Monday morning as a phenomenal idiot. I have hot tea every morning, It helps fuel my caffeine addiction and I also love the ritual of it. As I was leaving my kitchen Monday morning, hot mug of tea in hand, my cat got under my feet and I spilled my boiled hot tea all over my hand and wrist.

I burned it myself good too. Right before needed to catch a long flight. I? am a total genius, apparently. I tried to take a photo of this epic burn, but it turns out it's difficult to take a picture of your own hand. But let me tell you, it was a doozy. And hurt like a sombitch.

It's also hard to care for a burn in an airport/on a plane. I couldn't bring ointment through security. And it was too fresh to bandage (don't want it to keep burning). I ventured into the airport bathroom occasionally to run cold water over it. Except airport bathrooms are all schamncy now and have warm water. Only warm water. What the hail? So I got a cup of ice at a fast food place and rubbed ice on my wrist until each piece melted. It felt divine.

Then I had to board. Turns out it's difficult to keep your hand safe and away from bumpage while boarding a plane. The ride was fine and eventually the sting went away. But it was def an issue.

Then of course, we got in super late into Kansas City (but keep in mind I'm a west coaster) and needed to be up assfuck early on Tuesday morning to start work. Except I wasn't sleepy and every time I rolled over, I rubbed my burn. Awesome!

So I didn't get much sleep that night.

Tuesday I bandaged my wrist with gauze to keep from rubbing the raw skin which made me look like I'd attempted suicide. Now, I would never, ever, make light of suicide. When I get to know you better, I'll explain por quoi. But I hadn't attempted suicide; I'd merely stupidly burned myself. Like a goddamn genius. So I didn't appreciate the pitying stares from people. Looking at me like I'm so fragile and could things really be so bad? No. They're NOT so bad! They they're pretty great in fact, asshole. Life is an awesomefest. I just burned my goddamn arm!

The burn doesn't hurt anymore, but it blistered in a few places and in a weird effing pattern too. I really hope it doesn't scar. Come on, Neosporin!

And despite the massive amounts of information I tried to squeeze in my head in 3 days while also utilizing said information in order to get a ton done, I did have some fun in KC. I ate way more food than one human should ever consume, possibly rivaling my binges in N'awlins. I'm getting a beer belly from 3 days of beer on a company tab. What can I say? I like a good brew.

And the city is beautimus. I'd been once before. When it was snowy. I've gotta say, in the summer, it's like a whole 'nother place. 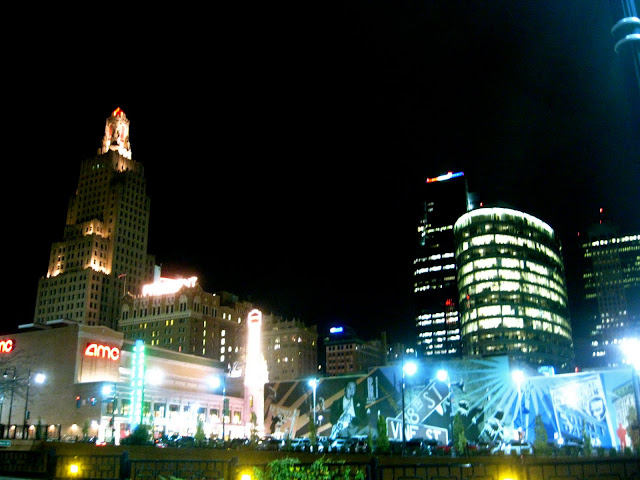 And our last night, we stumbled upon the best gourmet-type Irish pub you'll ever eat in this side of the Atlantic and possibly on that side too. 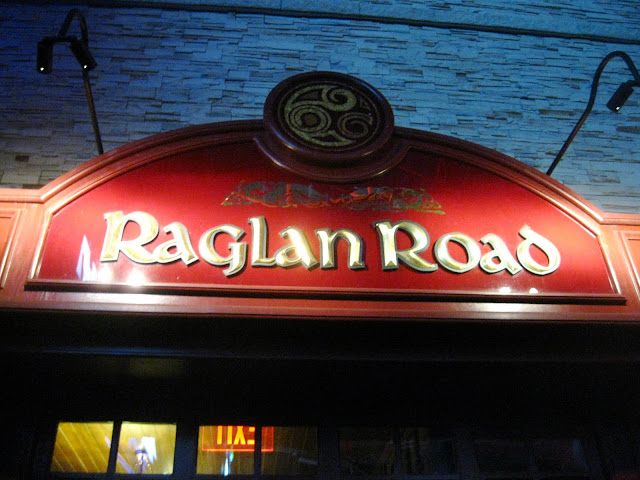 Go here if you know what's good for you
The food was a religious experience. I think I may have reached nirvana sometime between the fish & chips and the bailey's creme brulee. And the Guinness? Oh the Guinness. I love Guinness in Ireland. And it's pretty decent in London too. But I generally hate it over here in the US of A. I suspect it has something to do with the importing process and with American bartenders not knowing how to pour it correctly and it having to be draught to taste decently, but it usually sucks. Not so at this place, friends. My pint of Guinness tasted on par with Guinness I had in Dublin. For realsies! 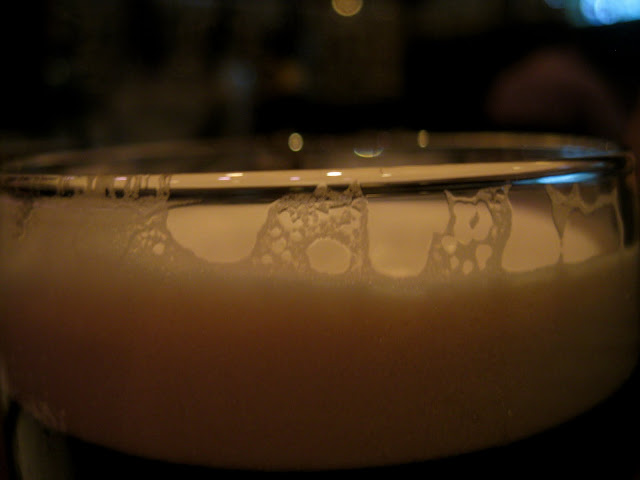 Yummy Guinness!
I got back late last night. After getting maybe 4 hours of sleep Wednesday night and going for hours and hours and reading until almost the end of The Girl with the Dragon Tattoo on the plane, I was SO READY to come home and crash out and sleep until next Tuesday.

But that was not to be.

Because what did I find when I lugged myself into my bedroom? A giant, smelly cat pee stain on my bedding, that's what. May I remind you my actual bed is in storage? And so my only bedding is now cat pee soaked?

And that was when I lost it. And bawled like my baby had just died.

Anyone into taxidermy? I have a dead cat for sale.
Email ThisBlogThis!Share to TwitterShare to FacebookShare to Pinterest

I didn't think the girl/tattoo book was deserving of all its fame. I thought it was good, but not worth all the hype. But then I read the second one and really dug it. I haven't started the last one yet. FYI since you asked. Well, you didn't ask, but thought you might want a random opinion from a random stranger.

you know? they do suck. I love them most days, but others? I want them to die.

the first 100 pages of dragon tattoo sucked hard. I didn't think I'd make it, but I got into it around page 100.

:D thanks for reading!

How much for that dead cat? Winter is approaching, and i may need something warm.

how about 100 bucks? I now need new bedding and that shiz is expensive.

I'm sad that you had to feel the burn. And not in a good way. Wait. Is there a good way? No. Never mind.

I am apparently the luckiest cat mom in the world, because Teva and Isabel have *never* peed outside of the litter box. When I go home tonight, I will thank them profusely and give them lots of hugs to compensate for my lack of human companionship. Just like all the other nights.

Speaking of, I feel as if we've drifted apart since the appearance of Sexy Man. You used to be all "Oh, I'm alone with cats, too. Lovers ya." And now? Sigh.

I'm sorry if you're feeling neglected, babycakes! I do lovers ya. hard-like.

Stupid cats. I hate that rather than discuss things, they immediately resort to using urine as their means of letting you know how they feel. Jerks.

Sorry about your burn. I have a giant burn on the back of my arm from a kitchen mishap and it looks disgusting.

right? why can't they just say something first?

right? why can't they just say something first?