Chicks who do it for me

The time has come, Internet, for me to come out with it.

Girls who are hot to me.

This post should hopefully in some way make up for the posts about sex and vibrators and babies and gynecologists and my uterus for my poor, scared male readers. Hot chicks. Dudes dig that shit, right?

I'm going to spend a nanosecond on my sexuality for a second and then move on, mmmmk? My friends know I don't like labels for this kind of thing. Everyone exists on some kind of scale. So I don't label; it's too restrictive. Very few women actually "do it" for me. I've dated women before, but I'm more interested in men. There has to be a rare combination of intrigue, attractiveness, and brilliance that is hard to describe for me to be attracted to the female of the species.

On that note, here are some famousy ladies who I wouldn't kick outta bed: 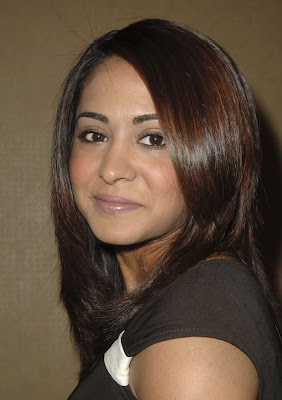 Parminder Nagra
If you didn't see Bend It Like Beckham

, you were clearly born after 2002 or were maybe doing hard drugs at the time. I have had a monster crush on Parminder since then. She is HOT. Sporty. And that British accent is irresistible. 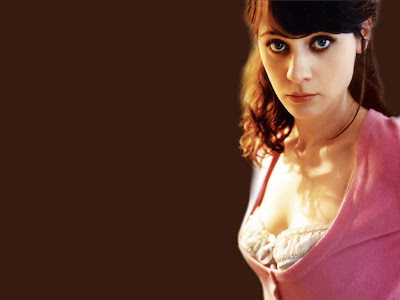 Zooey Deschanel
Yeah, she's like the "it" girl now, but I've had a crush on this little lady for ever. Do I want to be her or just make out with her? Not sure. 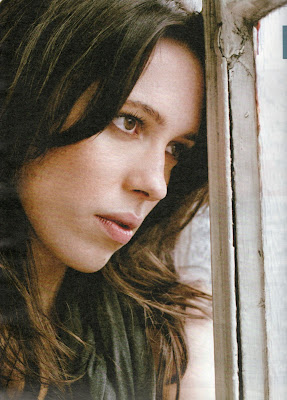 , but she was totally intriguing and gorgeous in that. Love her. She's so earthy. 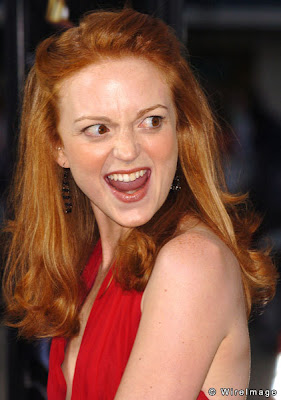 . Now that she's on Glee

, I'm done for. Jayma is adorable on by her little lonesome, but her character Emma? ADORABLE. Two words: Bambie eyes. 'Nuf said. 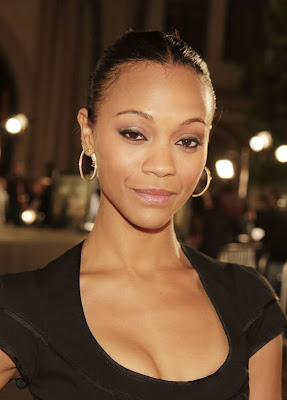 (dancer girls, you know what I'm talkin' 'bout). And she's all famous now because of Star Trek

, but I've always thought she was hotness. Girl is spicy. 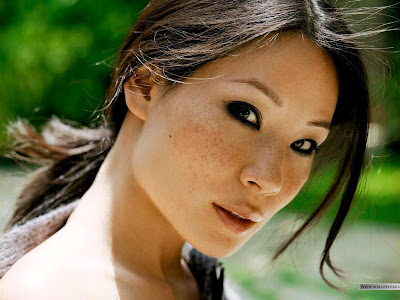 , the sword fight in the snow. Hot hot hot. 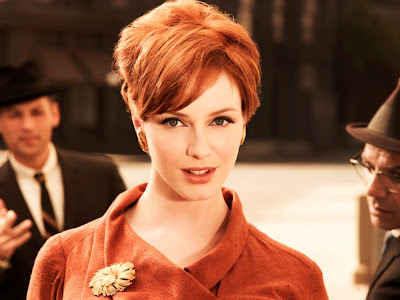 . Joan is HACHAHA HOT. She is brilliant and gorgeous and shazam. I'll admit, I'm a little intimidated by her incredibly huge boobs though. I'm like a ten year old boy in comparison. Hrm, maybe she'd like that.
Who are your chick crushes?
Email ThisBlogThis!Share to TwitterShare to FacebookShare to Pinterest

I love Zooey, so she is defiantly on my list, as well as Lucy Liu. I also think Dilshad Vadsaria, Maggie Gyllenhaal, Emily Deschanel are hot.

I can't believe I forgot Maggie Gyllenhal! She is so andro! Hot.

I feel the same about Zooey...not sure if I want to be her or make out with her...I'd take either.

I would totally describe myself the same way. However... though I <3 Bend it like Beckham, I don't get the Parminder thing! I feel like it's just me (every girl I know whose attracted to any other girl TOTALLY digs her!)

Zooey is rockin'. She's an actress! She's a singer! She's pretty! Girl has it *all.*

Joan Holloway is smokin'. As a redhead myself, I don't usually go for redheads. But hot damn. And yeah, I'm totally intimidated by her sass and boobs.

Michelle Williams. Ditto what everyone else said.

My ultimate celeb girl crush is Elizabeth Mitchell from "Lost." I want to be trapped on a deserted island with her. And never, ever be rescued. Seriously, under no circumstance should you rescue us.

I don't watch "Lost," but I think I know who you mean. Is it the girl with all the freckles? Cuz she is smokin'. I will be sure no rescue attempts occur. That would be a crime indeed.

No, the girl with the freckles is Evangeline Lilly. She's h-o-t, too. Elizabeth Mitchell is the gorgeous blonde with beautiful blue eyes. Google her. Just remember that SHE'S MINE.

(Elizabeth Mitchell also played Angelina Jolie's girlfriend in "Gia." And if you have never seen that, I'm going to have to insist that you do. Like, yesterday.)

Oh I know who you mean! Yeah, she's smokin'! I'll leave her alone if I can have Evangaline Lilly. hacha!