oh? is it a holiday named after a saint?

I've talked about this before.

If you've been reading for any amount of time, you also know that I pretty much hate most holidays.

Hate is a strong word.

Amongst those I detest with the fire of my soul is Valentine's Day. *shudder* I hate this holiday.

But perhaps not for exactly the reasons you think.

Sure, the V day sucks for the singletons. It reminds people everywhere that they're alone and thus not worthy of celebrating. Though why anyone would WANT to celebrate this gag-inducing day is beyond me.

Besides, aren't we celebrating a massacre?

But perhaps that's more accurate anyway. It's a massacre of love.

Let me set the scene:

The evening begins with carefully chosen lingerie (in red or pink) under a skimpy dress, though it IS February, and too much perfume and cologne from both parties. Someone gives a cheap bear. The other gives a box of candy. Perhaps overpriced roses as well. Maybe even a necklace in the shape of a heart. 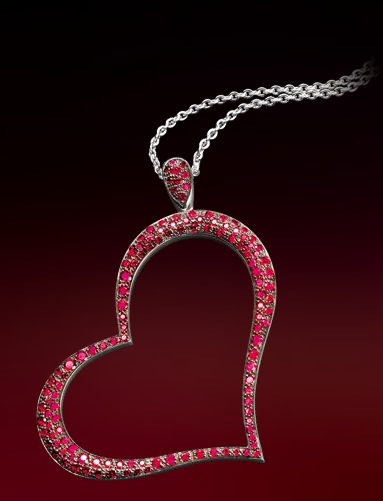 But maybe she doesn't like that kind of candy or the chocolate is stale. Maybe his dream gift is not a drug store bear that says "Stud Muffin." 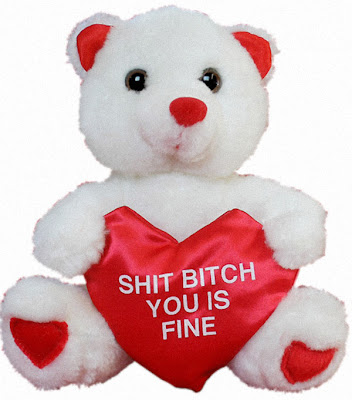 There is a veritable cattle call of couples, filing into cheesily decorated restaurants with set, overpriced menus and cheap champagne, shoved in so tightly so everyone can hear each other's conversations over the sounds of Wham and Olivia Newton John. Romantic, no? 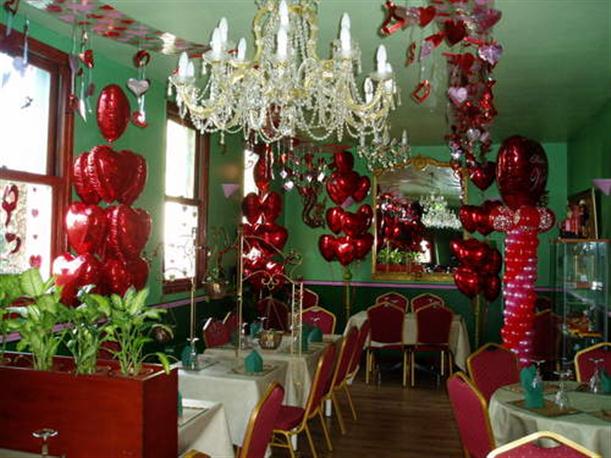 But he didn't make reservations 5 years in advance so they're stuck at the only place he could get in. It's seafood and she's a vegetarian, which wouldn't normally be a problem. She could just get a salad. Except it's Valentine's day and they have a set 3-course menu. He feels like an ass, but wants her to see she tried. She wonders if he even knows her at all. But it's the most romantic night of the year! The power through.

Then back to the bedroom where  she'll expect to be swept off her feet. Maybe she's lit candles and Sade

is playing in the background. But he won't even notice the expensive lingerie and maybe she's eaten too much. He's had too much champagne and can't get it up anyway. But it's Valentine's day, so gotta perform.

The night ends in exhaustion and frustration and too much money spent and no one is really happy.

Doesn't that sound awful? I know I exaggerate usually, but come on, that's how Valentine's day is yo.

The best Valentine's days I ever had when I wasn't single (because I'd rather be single on this horrid day than sacrifice my relationship to this bizarre custom) was with my ex D. We both agreed that if we weren't working that we'd order pizza and watch Futurama

Other years were spent at the Vagina Monologues. Also super fun.

What will I be doing this year? Nada. And that's fiiiiiiiiiine by me.

. Wouldn't that be appropriate?

Or maybe a local U is doing a production of the V Mons.

22 comments mean you love me:

totally agree. i even try to express this feeling with the husband but he partakes in the stupid holiday... i think he thinks my protest is a test. sucker.

Haha, I totally agree too. There is just too much hype around this holiday. Why not take a minute each day to do something nice for someone else, and it would do waaay more than this Hallmark holiday.
But on that note, where can I buy that bear?! haha
http://texagermanadian.blogspot.com/

I am loving your blog. I just had to tell you. Witty, clever, and engaging. LOVE IT!!

I love Valentine's Day just cause I get spoiled...and the candy is good LOL

I so know what you mean. It is too commercial and too contrived. I think that for my partner and myself it will be take away and ice cream and a good film.

Flowers are tricky in our place. My cat has a thing for flowers. He thinks they are a snack. Like the time I got a gorgeous bouquet which happened to contain lilies... the little fecker ate them. Lilies are apparently poisonous for cats so we had rush him to the vet. 200 euro later..nothing wrong with the little furball. Sigh. So ice cream and a film is safer. :D

I'm in the middle of watching Big Love season 4.....
And no to the heart jewelry. NO.

I don't think I would mind V day as much if the other person actually put some thought into it. Now everyone buys Hallmark cards and boxes of Russel Stover chocolates. Plus, it becomes less romantic and intimate when a billion other people are doing the exact same thing you are on that day.

I wish you were here this weekend so you could come to Vagina Monologues. I'm in it...again!

Tex- right? there's a hyperlink in the bear photo. just click on it.

hasta- thank you so much!

Nush- I SO know what you mean! I have to put plants on the highest shelves. it's disaster.

Jules- I just began season 5. soooooo good. and no is right, it's awful.

V-day is way better when you are single. You get to watch couples fail at romance while eating cinnamon hearts. I can't wait for Feb 15 and all the candy (ie cinnamon hearts) goes on sale.
I love most days that fall after a holiday. Sale candy.

yes! after holiday candy is my fave!

Wait. No mention of a Kay's commercial? Come on, Andy! :)

i also hate the valentines. not just because it's full of cheesy shit, or that it's celebrating a christian saint (which i'm not much into), it's my enemy.
i used to go around wearing a shirt that said "single's awareness day."
i still stand by that shirt.

and, valentines in school, for elementary students?? bad. idea.

I think some people *need* Valentine's Day, because it encourages them to do something nice and out of the ordinary for their partners. So I tolerate it, I guess. Although it's sort of like charity. At Christmas, suddenly everyone wants to volunteer and donate. But come January, the organizations are struggling again. What I'm saying is ... the lovey-dovey gestures shouldn't be limited to a few days out of the year.

I don't even have a reaction to commercials or shows or even cheesy blog posts anymore. That's how much I DON'T care about the holiday. It's not even hate anymore.

It's a shame that so much hate is spewed out for Valentines day, because most of that puke is aimed at romance and love and giving. When it really should be aimed at the truth. And that truth is, that Valentines day has very little to with any of those love things and everything to do with economics.

Every month in our consumeristic country, we have some sort of holiday which is either fueled by, or taken advantage of, by marketing. And in some months, there's 2 or more of these consumption driven oppportunities.

So while I too am not a big fan of Valentine's Day, it's not because of the romance/love/gooey eyed factors. It's because consumerism has made it into a day where there's a right way and a wrong way to show your love, and a whole bunch of bullshit that goes with both ways.

Thing is, I don't need a 'consumer's day' to remind me to do something nice, or special for my loved ones. I make a point to do that for them all the time. They have no doubt they are loved, and that they are my special 'someone's'

V-day is one of those days that I definitely have to put out. And his birthday too, which is like the week after.
But if he gives me chocolate, I'm much more obliged to incline. So I'm on the fence.

TJ- so sorry. but I couldn't risk Kay's ads on my site. stupid google.

Satan- yes, yes and yes! and I need to make a shirt too.

Jess- YES! I feel the same way. why do we need a day? because they told us we do. hrm.

Z- I do agree with all you said, though of course I made a dumb joke out of it. but we're conditioned now to it and I think the marketing schemes have real psychological implications for people. but that's just me.

I agree. Times infinity. I'll be at work that night anyway so no big loss. Eh, maybe I'll bust out the vibe before I go in and romance myself a little.

The husband and I are of like minds on this, which makes it all easier to deal with. Granted, we've also tended to forget our anniversary, so maybe we're not the most "romantic" couple ever.

I LOVE Big Love! are you starting from the beginning?