I am so not the girl I once was.

That sounded more mirthful than I intended.

What I meant to say was, growing up is cool! Yeah! Way cool weekdays! (anyone remember that?)

In my early twenties, I was quite the party girl. Yup. I was. Yes indeedy do.

I don't regret a single drink or those broken heels (achieved drunkenly falling down the stairs from a very hip club) or the many poor decisions made with giggly friends (but at least we watched out for eachother). We were young. Living in Hollywood. Having fun. And, for the most part, doing it safely.

I've mellowed significantly since then. If I were a European royal male, they would have called it sowing my oats (which is a stupid fucking saying), but there you are (also a stupid saying).

We did watch out for eaxchother though. We took that very seriously. And my friends knew that I could be the one to step in if needed. I wasn't out as half-gay yet, but I was eager to play tough dyke if asked. I probably couldn't back up my tough talk, but never failed to intimidate a drunk douche pushing his luck.

I didn't pay for drinks. Ask my friends Jersey or Melzee. I'd have them pick a guy and in a few minutes, we'd have drinks in our hands.

I was also friends with every door guy at each of my favorite bars. Because they have all the power, dontchaknow.

But despite all that, I never liked to be "hit on." I also maybe didn't understand that if I walked in oozing sex, I might get treated like sex. Nonetheless, I hated it.

If a nice guy approached, introduced himself politely, and struck up a decent conversation? Awesome.

If a guy tried a smarmy line or used the cramped quarters of a bar to molest me? Not cool. Not cool at all.

If I was in a good mood, you'd have gotten off easily. Like the time I was walking through a bar and a dude grabbed my ass. I told him a guy usually has to buy me a drink before I let him do that. And then I made him buy me a drink. Fair's fair.

If I was feeling pissy and a douche pushed his luck? Well, that's another story.

I'm reminded of a time when I was the sober driver. And my friend was impossibly drunky and was being molested by a short, douchey guy of questionable hygiene. I made it clear to him she wasn't interested and he might want to stop groping her. At which point he switched to me. Apparently any girl who addresses you directly is fair game. So he sidled up entirely too close to my backside and decided to put his hands where they just didn't belong. At which point I used my index finger to push him back and informed him that he just can't invade my personal space like that. It's not my fault that he finds me insanely attractive and it's not my fault he can't control himself. Now back the fuck off.

I'm not a party girl anymore.

. I may rarely go into a bar these days, let alone have a drink (Unless it's for karaoke. Karaoke trumps all.). I now prefer my cozy flats to 4 inch heels. And I've replaced most of my racy thongs for soft cotton bikini briefs. I also might be way better in bed than I was back then. Practice makes perfect you know.

But I still hate being hit on. 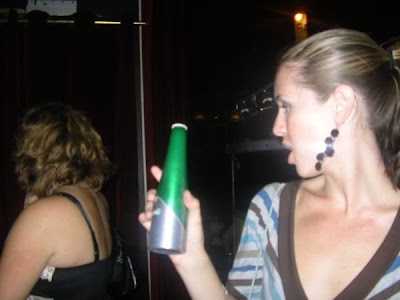 hacha
Email ThisBlogThis!Share to TwitterShare to FacebookShare to Pinterest

17 comments mean you love me:

right? they so are.

I saw a bit of me in that story. I don't regret any of the drinks, not many of the encounters, nor do I miss the too short nights when it actually was a 'school day' and you went to bed just 3 hours before your first class. Ouch :)

Bones? I love it. Does that make me old and boring? I'm sure my son will think so in 15 years!

right ON sister! this reminds me of, well, me! only with my friends and in chicago years ago. no wonder i so dig your blog :)

Maryline- oh man I know! there were many days I partied and then went straight to class and then to work and the to party again. how I maintained good grades or my sanity is beyond me!

Tatyanna- two of a kind then! and you're too sweet. thank you!

I got a hangover just reading that. Thank god those memories are a little further back for me.

I can remember more than one time having some asshole invade my personal space and then start hurling the lesbian accusations after being turned down like that would be the only reason I wouldn't be interested.

I always pulled the lesbian card before they did. but sometimes it just turned them on. *shudder*

//And I've replaced most of my racy thongs for soft cotton bikini briefs.//

Somehow, this makes me want you even more.

Oh, and I'll happily take any remaining thongs off your hands. I'm good like that.

My party days are so far in the past I'm not sure I even partied any more. I can't remember the last time I was in a bar.

Ah Yes. I hitchhiked through Mexico, entered a wet t-shirt contest hammered and apparently won (but I've no recollection just an extra $75 in my pocket the next morning) and loads of other crazy antics that should NEVER see the light of day. But now I'm in flannel (non-matching) pjs, also watching Bones and, when I feel wild, I eat some cheese (lactose intolerant). I was feeling sad about this but your post made me rethink that. Thanks!

Ken, you're such a giver

Tonya, I never hitchhiked through Mexico and I could never win a wet Tshirt contest, even if it were rigged. so good on you! I'll meet you with the cheese and Bones.

i am such an old lady anymore. i never want to go out and when i do i usually bitch if its after 11 and there's no sign of leaving for home.
i also hate getting hit on. well depending on the circumstances i suppose...
BUT there was this one time where i decided "i know, ill show this a-hole whats what" and i told this boy my name was jane, blah blah i was just trying to give him the ol' brush off without being TOO mean. a few minutes later my friend walks up and says "hey, steff. whats up". i was pretty pissed/embarrassed bc i thought i had a good thing going on there. i think the boy was pretty embarrassed himself since he sort of faded into the crowd right after that.
i feel like i just taught him a really good lesson about trusting people you just meet. and how you probably shouldn't.

Steff, my dear, that's how you know you're getting old. my friend Mel and I used to mess with guys. make up fake names and tell crazy stories. I told a guy once that I was a boardwalk artist from Santa Monica and that I lived under the pier. we made a date to meet there too. I've always wondered if he showed up. it was pretty cruel in retrospect.

I never did the bar scene. All of my wild days (and there were many) were before I met my husband. And I met him when I was 20.

I lived in San Diego back then. And the drinking age in Tijuana, Mexico was 18 at the time.

oh I know ALL about the TJ scene. from the ages of 18 to 21, my friends and I made many trips 'cross the border. good times.

I'm not a party girl anymore, either.

Except I never was a party girl.

I've always kind of been ahead of my time. But now we're the same time. Just as the universe intended.

indeed. so wise, my dear. so wise.