I have something to tell you.

I've been holding something back.

Out of a desire to not hurt any feelings.

Well that desire is gone.

Because I'm here to say that was a mistake.

Holding back only hurt me.

And now something is bubbling up, taking over, ruling my emotions.

The thing is, anger is not necessarily a bad emotion. If I learned anything in therapy, it was to allow myself anger. Anger dissolves guilt. Anger can be healthy. When I finally let myself get angry at my mom for all of the endless horrible things she did to me, I finally let go of my guilt for never being good enough and I was able to let go. Then the most amazing thing happened: the anger dissipated. And I was happy.

Anger is a gateway drug to happiness.

As I gave a friend this very advice the other day, I thought, You dumbass! You're not taking your own advice!

Well that time is through. I'm ready to let the anger flow. Ready to swim in it until my fingers get all pruney.

I'm angry at anyone who looked at someone he or she cared for and thought, that person isn't good enough.

I'm angry at boyfriends, girlfriends, wives, husbands, lovers, friends who choose to "love" someone but deny the one thing that matters: esteem.

I put love in quotation marks, because I believe that it's not love if you don't approve of someone as they are. If your love is contingent upon them conforming to some belief of how that person should be, should behave.

Love is about letting the little things go. Friendship is about forgiving the small things. Parenthood is about loving your children even though they inevitably turn out vastly different than you expected.

I may not be a mother, but I know about being a child.

Unless your child kills someone or starts a life of crime, unless your best friend does something shitty like sleep with your husband, unless your lover a total douchecanoe and treats you like shit, I wouldn't really worry about the little annoying things.

I'm not saying settle for a lover who isn't good for you. I'm not saying choose friends who bring you down. I'm not saying permit your child to run amok (isn't that a great word?). I'm saying be kind. Be forgiving. Offer your esteem sans caveats.

I'm angry at every selfish jackass who thinks the world revolves around them, that others should always orbit them, that their friends and lovers and children should simply just conform to who they expect them to be.

Hint: Life is not all about you!

I'm angry at you who squashes the value and individuality and beauty of those around you under your heel.

Your selfishness gets under my skin and makes me completely insane! Your complete disregard for the beauty that is individuality and lack of respect for others as human beings who exist outside of your little world makes me utterly and totally angry.

Now to the judgmental, bigoted assholes. I don't believe in hell, but if I did, there would be a special place just for you filled with all the hate in your hearts.

Stop thinking that you're the best or the most privileged or the only one who is right simply because you have a certain skin tone or practice a certain religion or were born with a trust fund or were born in a certain country or it's legal for you to marry or vote or you wear certain clothes or you have access to certain luxuries or you speak a certain language or or or or or....

The world does not revolve around you. No one knows what they're doing, not even you. We're all bumbling around this planet trying to make the best of things. You're not the best, the most right, the most privileged.

Think about this: someone in a completely opposite situation from you (different skin, different country, different religion, different values, different gender and/or sexuality, different economic circumstances, different language, different system of government) might be happier than you. Might love their lives and their families and be content with what they have and who they are and don't give a flying fuck that you're different than them.

So stop it. Your selfishness is no longer acceptable. 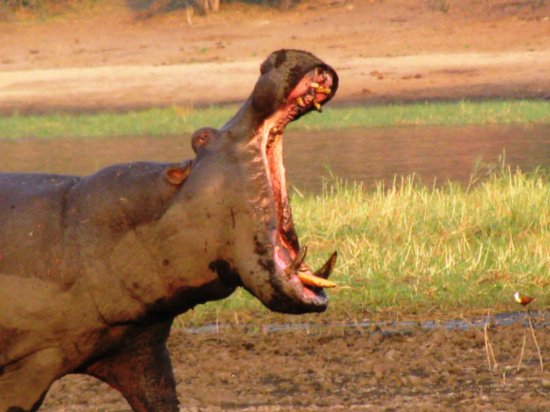 So says the angry hippo!
Email ThisBlogThis!Share to TwitterShare to FacebookShare to Pinterest

21 comments mean you love me:

Just reading this was catharsis! Thank for being real. :)

"Love is about letting the little things go. Friendship is about forgiving the small things. Parenthood is about loving your children even though they inevitably turn out vastly different than you expected."

And, if you want to try and "change" someone - then you don't really LOVE them - you love the idea of them, and trying to mold them into someone else never works!

Laura- thank YOU for reading! :)

"Hint: Life is not all about you!"

I have had to tell this to a few people lately. It's always a real treat to see their reaction.

That's the great thing about this blog, you're not afraid to get down and dirty, and toss it back in the face of life's facade (sorry, don't know how to make that darn little squiggly thing above the 'c')

Not only do I agree with everything you say here, but I also live it. I'm a step Mom and former Nanny. I have witnessed the narrow mindedness of parents, who desire their own agenda for their kids, rather then cultivate an environment in which their kids can grow and prosper into what the kids want for themselves.

I am often told i don't understand because I'm not a 'real' parent. Which I find entertaining because it implies a 'real' parent is only someone who is the biological parent...

There are times I feel I'm more invested in my stepkids personal growth then their own Mother, who like many of the parents I know, look at their kids as an extension of themselves, rather then the kids being their own entity.

Recently my stepdaughter told me her mom wants her to live at home and go to the local college.

This girl is in excellerated high school classes and maintains an A- grade point average. She's only 15 and not sure what her future holds, but she is interested in fashion design and marine biology.

I can see she is torn between pleasing her mother, and being true to what she wants for herself.

Hopefully she will eventually realize that she is not responsible for her mother's happiness, only for her own.

blog(?)- I think I may tattoo that on my forehead.

Z- thank you so much for your comment. it means a lot. it took me a long time to let go of the need to please my mom and start pleasing myself. but I finally did. maybe she will too. <3

Selfishness is one of my biggest pet peeves. I don't even like the term pet peeve, because it demeans my actual pets, which are so much awesomer than 99 percent of the population.

Jess- you make an excellent point! how dare we demean our pets. let's start a new term. yes.

thanks so, so much!

i love that when you rant, you always have something real to say - unlike me, who's more like
"rant rant urg Mel Angry Smash!"

Well done, bravo and I second that emotion.

Satan- thanks, love. what a great compliment. but Mel Angry Smash sounds fun too!

Thank you for writing this. It's exactly what I need right now.
I've been trying to write about love and this post opened up my heart and cleared my head.
You are an amazing, insightful person. Never stop writing.

thank you so so much! what a lovely compliment!

You wanted to know what I thought so here it goes...

I’m really glad you decided to post this, because holding in things that you need to say is never going to feel okay and I’m sure I don’t have to tell you about the cathartic power of words. And honestly I ‘d be willing to bet that most of your readers aren’t easily offended, seriously.

What you said here? It made me angry and it made me feel guilty.
It made me angry at all of the people out there damaging their loved ones by offering them a conditional love because love isn’t supposed to be conditional. But it also made me feel guilty, because I have, on occasion, been culpable of trying to change people that I love. It’s not quite the same as you described, I’m really not trying to change them on a larger scale or out of a kind of selfish desire to mold them to my expectations, rather I am a self-proclaimed fixer. I see a problem and I want to fix it. I want to help others, especially my friends and family but I’m afraid that maybe I’m doing more damage than good.

I also felt guilty because you said, “I'm not saying settle for a lover who isn't good for you. I'm not saying choose friends who bring you down.” And I would agree with you, and have offered similar advice to friends but failed to take it to heart. I do this. I keep friends around that aren’t good for me and that don’t put as much into the friendship as they take out. Literature has taught me that people have fatal flaws, and sometimes I think mine might be my loyalty to my loved ones because I am often unfailingly loyal even when it ends up hurting me in the end.

Although I don’t embrace religion, I was raised Catholic so guilt is something I’m good at. Go figure ;)

ps. Amok is a great word. Love it! I also love the idea of anger as a gateway drug, and allowing your fingers to get pruney by swimming in it. Fabulous.

Lauren, thank you for such a lovely comment. I'm glad I affected you even if you say it wasn't necessarily positive. you know what I'll say next right? you either need to make changes or let go of your guilt. either way, just swim in your feelings, honey!

And as the educational piece, never saw the word "douche canoe" before, think I have to steal that one!!

This is an excellent post! Thanks for sharing it!

thanks, Jules and Brahm! <3