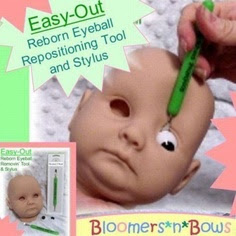 I have nothing to add to this; it's just that horrifying on its own. Good luck sleeping tonight! Happy weekend!

3 comments mean you love me
Email ThisBlogThis!Share to TwitterShare to FacebookShare to Pinterest 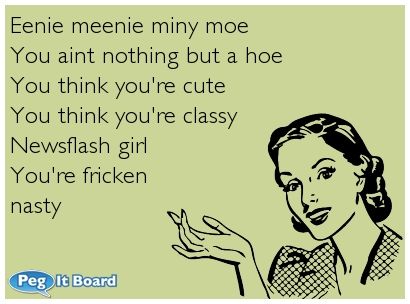 What can I say? I hate slut shaming. This is not okay. Sex isn't bad and it doesn't make women "nasty." Can we stop shaming women who like sex? Can we already?

Ugg.
3 comments mean you love me
Email ThisBlogThis!Share to TwitterShare to FacebookShare to Pinterest 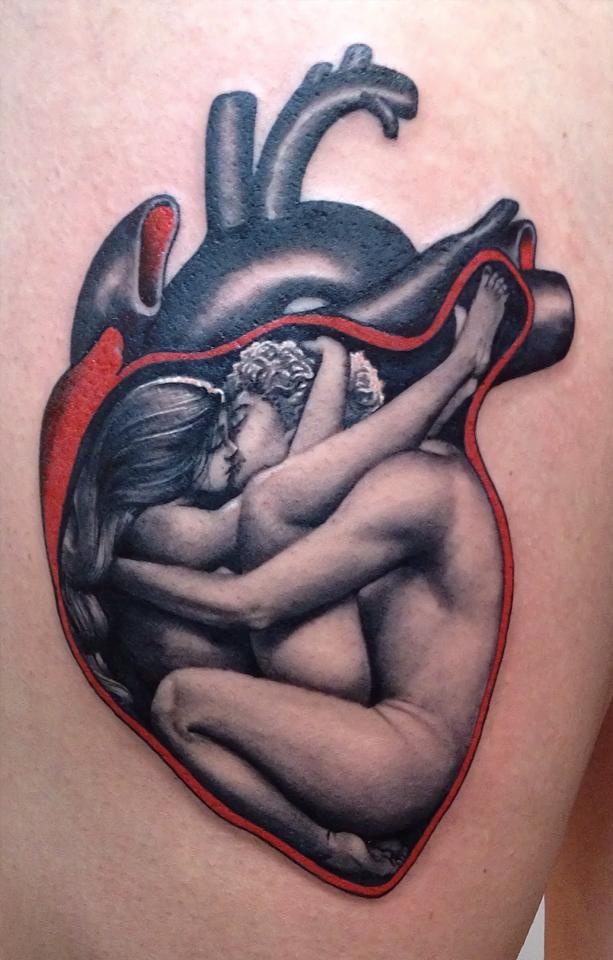 I have absolutely no words. What's worse? The realistic heart or the fact that two people are having sex in it? That can't be sanitary.

Not to mention that this is presumably based on two real people- people who were in a relationship and who probably aren't anymore. I am very superstitious about tattoos and relationship or couples tattoos absolutely always with no exception curse the relationship.

And that also begs the question: who was this tat on?

6 comments mean you love me
Email ThisBlogThis!Share to TwitterShare to FacebookShare to Pinterest

that white lady who writes about racism

If you read this blog or you read my posts at Sprocket Ink, you know that I tend to write about controversial topics. It's what I do. I like it, for the most part, but mostly? I just can't help myself. I have to do it. If I care about it, if it fires me up or pisses me off or makes my heart hurt, I have to write about it.

To be sure, there are lots of topics I miss out on. If I had the time, the will, and the energy, I'd be writing nonstop about horrible and sad things because that's how much goes through my brain. You all only see a tiny fraction of that.

And that's how I've always been. I was that weirdo in high school in the ninties, when everyone was wearing plaid and complaining about conformity, I was yelling about misogyny and inequality and the injustice of war. I also didn't wear makeup and only owned one bra. But that's how you affect a rebel look at 16. Now I wear red lipstick, own many bras, do my hair almost every day, and instead of yelling about injustice, I write about it.

Writing is how I get to express myself.

Which brings me to racism. I write about racism because it hurts me as a human, but I am not ever going to claim to be a victim of racism. Maybe if I land in an alternate universe where white people were enslaved and disenfranchised for a thousand years and still, regardless of accomplishment and strides in civil rights, have to fight against the privilege of the dominant race class, then I might be able to call myself a victim of racism.

But that's just not the case. I may be the subject of prejudice, which is not racism, and which I'll address later.

But I am a white woman and, thus, have some privilege. As Louis CK says:

I didn't ask for it and I can't escape it. It's the structure in which the society I live in has set and the only thing I can do is acknowledge it and takes steps to further equality the best I can. And sure, as a woman who was born to lower class parents, I don't have ALL the privilege. I can relate to some forms of bigotry (I am queer) and misogyny.

A commenter (Lateral Alice Moore) on XOJane said it perfectly and I hope she doesn't mind me quoting her here:


"...understanding one's own privilege is knowing when one doesn't have the right kind of moral sensitivity - due to a lack of particular experiences - to have an authoritative opinion on something."

I care about racism, but I need to understand my own privilege enough to know that I can't ever truly and completely understand it.

But the biggest point here is that I care about equality and racism because I do, because I'm a person who can see outside of myself and care about others who live different lives than I do.

In fact, I have to. I've been cursed with the caring. Sometimes it hurts the so much of the caring. And the lack of power hurts. Sometimes I get overwhelmed because there's so much wrong and I lack the power to fix any of it, let alone all of it. Sometimes I cry when I'm writing a piece because it hurts my heart so much.

And write about it to make myself feel better, if I'm being totally honest.

Is that White Guilt? Maybe. How do you know? I'm not consciously trying to right all the wrongs of my ancestors per se. But White Guilt must play a part. Maybe deep down I feel guilty for holding the privilege I do and assuage that with speaking out. I'd like to think that's not why. I'd like to think I'm not as selfish as all that. But I'm human and must concede I'm vulnerable to human natures.

I read this other piece over XOJane the other day (now I sound like a promoter for XOJane or something) about how white people are racist by being silent. I truly believe this is correct. When we stand by and let racism occur and don't speak up, we participate in it, we condone it, we allow it. I truly believe that we all have to participate in the conversation in order to fight the injustice of it.

Do we still blame the German and French and Polish people who didn't actively participate in the Holocaust but simply stood by quietly and let it happen? Of course we do. Harsh but too true.

However, I never want to condescend to be the Great White Hope, which is the main thing that bothered me about the book and movie version of The Help. One white girl sees the light and saves all the poor, black women? Please. Life is much more complicated than that and I don't think I'm that special or powerful or whatever.

I do get a lot of flack. The responses I get from the racists I totally expect. Obviously when one calls out someone else, they're getting to get pissy. That's kind of the point! I expect the racists to call me names and make illogical comments. That's how I know I'm doing something right.

What I never expected was the flack I'd get from readers who question my motives, like I discussed above, saying it's out of White Guilt or that I think I'm the Great White Hope, for example. Is it a form of prejudice? Sure, though I understand why this happens. I just wasn't prepared for it. Why? I'm not sure. I sure didn't expect to be lauded and thrown up on shoulders and praised for my good works (barf). But maybe I thought my good intentions wouldn't be questioned.

And, if I'm honest with myself,  maybe I really was looking for approval in some way, some validation that I am doing the right thing, saying the right thing, that I'm a good person, that I'm not one of the racists by silence. Maybe I have been trying to separate myself from the despicable behavior of so many Americans today.

For example, in college, I took a Toni Morrison seminar. Before the class, I already loved Toni Morrison. I'd read maybe 4 of her books and I had the amazeballs opportunity to see her speak at the Louvre in Paris (she was a guest curator) and already thought she was like one of the wisest, most gifted speakers and writers I'd come across. So maybe I was already biased toward her books beforehand. 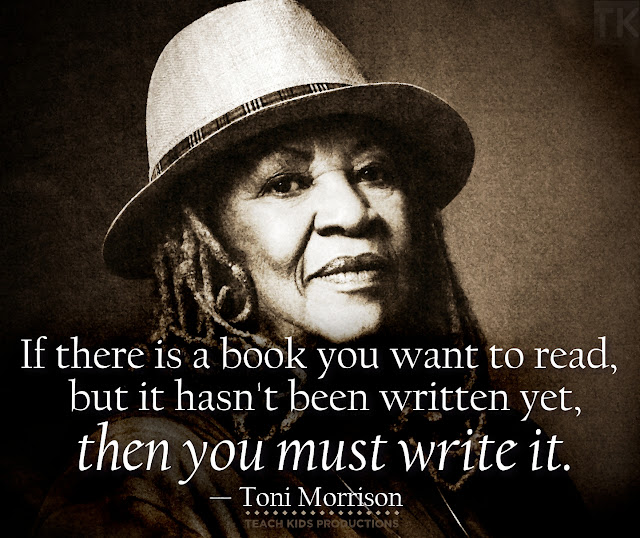 Demographically, the class was pretty split between black and white, with mostly women (though my college was mostly women anyway) and a black female professor. Our days were usually dominated by rowdy debate (which I love), but one day in particular stands out in my mind. I believe we were discussing Beloved and, after discussing a particularly horrifying description of racism, one white girl made a comment to the effect of (major paraphrasing from memory):


"I really don't want to hear about this. Why would anyone enjoy hearing this? It was a long time ago and doesn't affect anyone today."

And I was so  immediately offended. I was offended for Toni Morrison. I was offended for anyone whose ancestors were slaves. And I was offended for white people who don't feel that way! I expressed that I disagreed and I truly enjoyed Morrison's writing and that we have to hear about things like this to have any understanding of the past and in order to fight racism in the present. I do stand by my comment, but I have to admit that I was very motivated to not be identified with this girl and her insensitive words.

Was I scared of seeming a racist by association with her? Hell yes.

Am I always scared of saying the wrong thing or coming off as insensitive or condescending when I take on such a HUGE subject as racism? Totally! I am always very concerned about how I'll come across and take great care with my words.

All that said, however, my sense of duty to equality and injustice trumps all those fears and pitfalls and I simply have to use what I have (writing, the Internets) to say something. I have to. I cannot be racist by silence. I won't condescend to be the authority on the subject, but I will speak out and I will use my voice to make tiny chinks at the big ol' wall of racism.

And I will continue to push white people to speak out too, to show we're not all bigots and racists reveling in our inherent privilege. We can question the status quo. We can affect change without being The Great White Hope.

I don't say any of this for validation or reassurances; I say it because I have to, because it's been on my mind, because having awareness of oneself is crucial when you're discussing things that happen to others.

And the racists can bite me. Because who cares what they think? 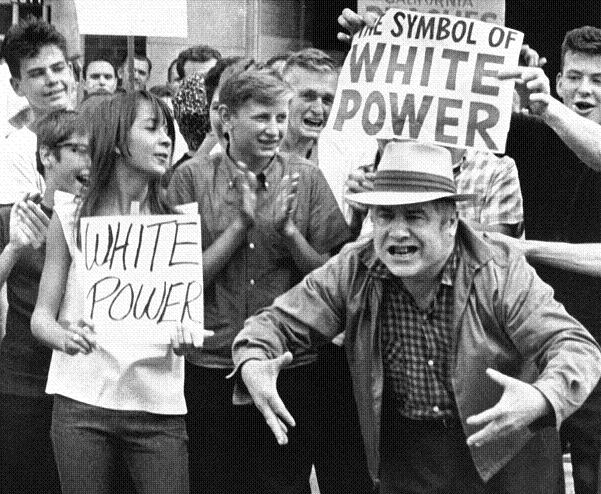 2 comments mean you love me
Email ThisBlogThis!Share to TwitterShare to FacebookShare to Pinterest 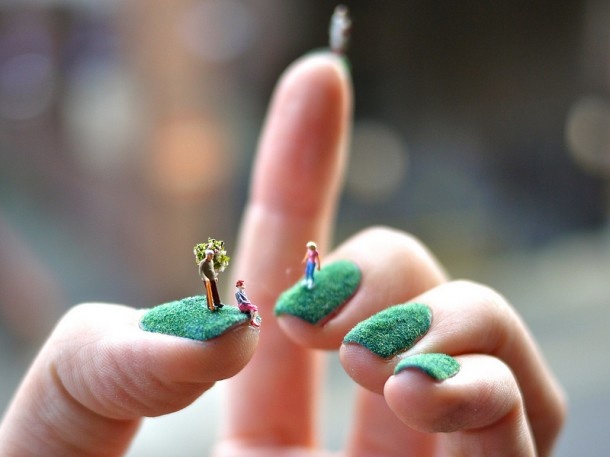 WHY? Why why why?

How would you even live with this shit? Imagine wiping your ass. Just imagine. There's no way anyone even actually has nails like this and I hate Pinterest for making us think someone does.

That said, this photo is pretty cool.
2 comments mean you love me
Email ThisBlogThis!Share to TwitterShare to FacebookShare to Pinterest

Hey ya'll! I'm starting a new series on le blog with random pins I come across that are horrifying, mystifying, or just piss me off. Hope you enjoy!

Today's is a grammar annoyance.

"Were" engaged? Like you aren't anymore? Either this is the weirdest breakup announcement ever or a printer needs to be fired like whoa.
3 comments mean you love me
Email ThisBlogThis!Share to TwitterShare to FacebookShare to Pinterest