This is my cousin's adorable and utterly precocious little girl. She's 16 months old with enough energy for 6 kids. In other words, the cutest.

See more here. You'll be glad you did!
0 comments mean you love me
Email ThisBlogThis!Share to TwitterShare to FacebookShare to Pinterest

I couldn't resist sharing more than one! Happy Holidays, all!

See more here
0 comments mean you love me
Email ThisBlogThis!Share to TwitterShare to FacebookShare to Pinterest

I have the Black Death

Once upon a time, someone I once knew that time once told me that sick Andrea was the funniest Andrea. I suppose it's probably true. When I'm sick, this dark, sardonic side of me comes out that I can usually suppress the rest of the time, when I'm a fucking ray of sunshine, all perky and bubbly and make people barf with the sweetness of my smiling disposition.

But I'm not sweet this week. I'm sick. So sick in fact that I have stayed home the last two days from work. I can't recall the last time I took two days off in a row that wasn't for a planned vacation, and I admit that being sick is such a waste of time off that seriously grinds my gears. Nonetheless, I'm home. Because I walked into the office morning whereupon my boss saw that I was the walking, coughing reincarnation of The Black Death and she promptly sent me right back home.

I'm not complaining, mind you. I looked like Death and I felt (feel) like Death. I probably sounded like that opening scene of Outbreak when some sap is hacking away and you're wondering why everyone isn't running for their lives because pretty soon they're ALL GOING TO DIE.

I really did everyone a favor by going home. I'm sparing the world an outbreak of The Plague. Or maybe TB. I've heard it's making a resurgence. And this cough is so bad, I do feel like Doc Holliday minus the jaunty mustache and deathly sex appeal. So at least there's that. 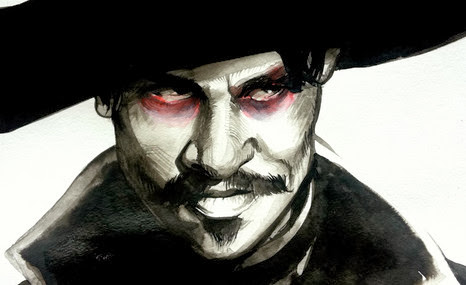 But if I have to die of Tuberculosis alone at home, at least I have two cats that are trying to heal me with their purrs. If it works, I'll market them to the naturopaths of the world. 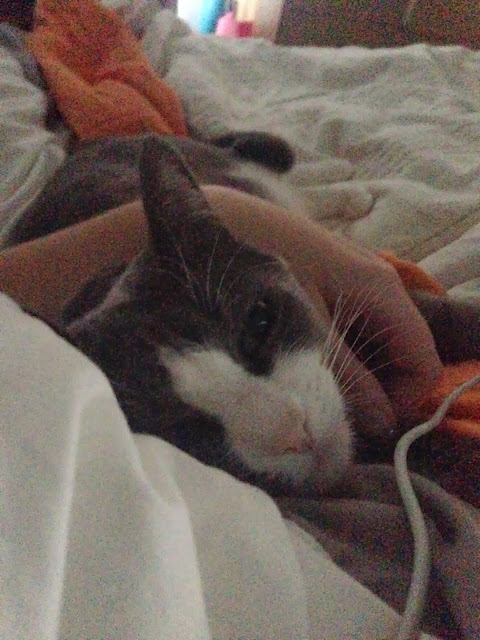 Though, with as fat as Hobbes is, I'm not sure if the weight of him on my hacking chest is really helping. 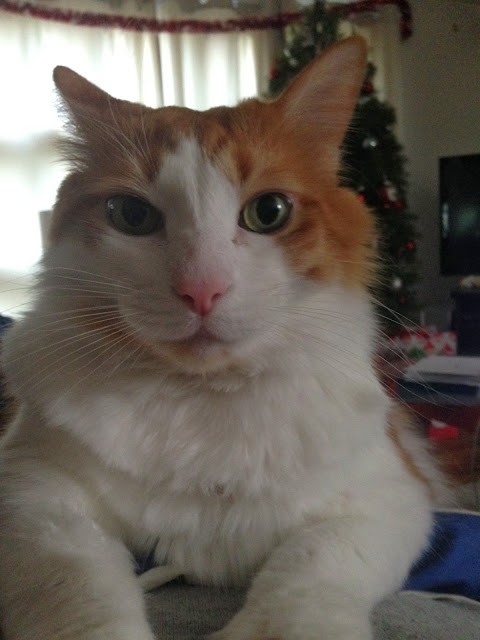 I do find it interesting that I've been wanting to blog for weeks now and even have a nice list of blog ideas, but have been entirely too busy to do so, and once I have time, it's because I'm sick so all I can talk about is phlegm and snot.

4 hours until my boyfriend gets home. Must hang on until then. At least I have Netflix to sustain me, as I left my current book on my desk at work.  Again with the previously mentioned life ruling.

And oh yeah. It's Christmas next week and I still haven't posted photos from Thanksgiving. I rule at life.

If I live to Christmas. I've heard you can live quite some time with Tuberculosis. Send Robitussin.
1 comments mean you love me
Email ThisBlogThis!Share to TwitterShare to FacebookShare to Pinterest

Photo of the Day: Fluffers

In case we haven't fawned over my boy enough lately.

See more here.
1 comments mean you love me
Email ThisBlogThis!Share to TwitterShare to FacebookShare to Pinterest

Photo of the Day: All the Changing Leaves

Because I can never get enough of those Fall colors.

See more here.
0 comments mean you love me
Email ThisBlogThis!Share to TwitterShare to FacebookShare to Pinterest