I am proud to announce a whole new series here on The Blog: Sexy Saturdays. Chock full of my fave-oh-rite subject: The Sex. Sex stories. But not, you know, erotica. Just real sex stories from real people. Hooray!


The first guest poster is a woman I love ferry ferry much. Bitter Betty at Diary of an Angry Fat Chick. This little lady and I have been getting into trouble since 10th grade and when I start telling you some of the stupid stuff we did, you will hang your heads in shame. After you laugh, of course.


I have known this phenomenally funny woman for 15 odd years and I thought I knew everything about her. She's gorgeous and fun and a great dancer and a kickass mom and always smells great (she loves the Bath & Body Works). But when my friend started her blog, I was genuinely surprised to find that she was a fantastic writer as well! How did I not know this about my friend? Go read her blog and follow her on the Twitters and love her as much as I do.

When my husband and I first got engaged, we lived in different states, and before I agreed to move back to California to live with him I made him very aware that I wanted to “try” to abstain from all sexual activity until after we were married. He, being the good, kind, and patient man that he is agreed to my ridiculous demands.

Every now and then my hub would trek out to Vegas to visit. We were pretty good for a while, but folks, it just isn’t that easy to turn a horny 28 year old male down, and good lord was he EVER persuasive! Eventually, I gave in and we screwed like m-effing rabbits! The longer I made him wait, the longer we went with out seeing each other, the steamier our phone convo’s and sexting got the harder it was to try abstaining again. The next time we saw each other it was marathon sex, all weekend, hardly coming up for air. I’m getting all turned on just remembering that! *sigh*

Now I was very determined to stick with this whole “No sex” project, so I wanted us to try again. Now, people, if you are trying like hell to give something up, you don’t go putting yourself in the line of fire, I mean an alcoholic wouldn’t go and work in a liquor store would they? So moving in with my horny fiancé? Probably a bad idea. But, stupid, overly optimistic little me? I did it anyway.  What can I say? I was 25?  And, the no sex rule? Didn’t last.  Again, Olympic, marathon nights, days, mornings.  Every room of our tiny, expensive apartment (even the closet), explored with reckless abandon.  Those days, the sex we had was awesome, amazing and plentiful!

But I was still dead set and trying to accomplish this “no sex” goal. Trying to wait became six months prior, when that failed, three months, then one month, then two weeks, then one week. By that time, we had failed miserably, but I’ll be dammed if it wasn’t the most fun I’ve ever had at failing to accomplish a goal! By the week of our wedding, I wasn’t even trying to abstain anymore, what was the point? Then the big day came and we had practiced so much, that at our wedding and following honeymoon in Hawaii, we carried a little token of our failure with us, although unknown at the time.

Three days after returning from Hawaii, on an odd whim, I took a pee test that told me I was preggo. Later that week we found out I was almost five weeks pregnant. Guess practice makes perfect?
We still joke to our son that has already been to Hawaii. 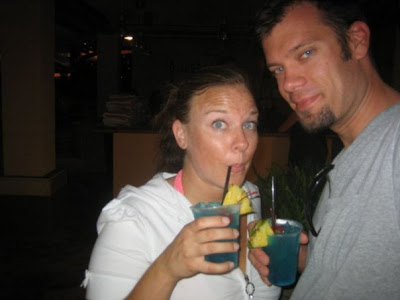 sorry about all the booze buddy 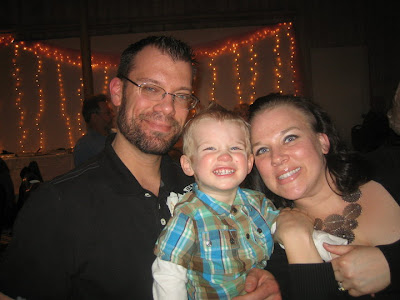 but don’t worry folks, he turned out just perfect!
Email ThisBlogThis!Share to TwitterShare to FacebookShare to Pinterest

thanks for having me over! I love you somethin fierce!

thanks for posting! loves ya!!!!

Yes I never really understood that expression "distance makes the heart grow fonder" until I was away from Todd for weeks at a time, I understood that by fonder they meant hornier! Oh and your son is adorable!

The best part of long distance relationships is the amazing marathon sex.

Nut- you know? this last summer? you SO missed Todd. :D

Sun- I know what you mean!

Andy, you're going to be getting some interesting search engine results with this feature! ha!

Great feature and good thing you had those marathon sessions prior to marriage. I totally miss those. Kids are great but totally get in the way of those and if it weren't for alcohol, I wouldn't have any.