When you're sick, it's never wise to make significant life decisions. Especially if those life decisions affect others. And especially if you've come to said decision simply because you're sick and cranky and want to punch someone in the throat to share your pain. Therefore, I have grounded myself from any and all decision making until I feel better. That way no one dies. Except possibly me. Of a sore throat.

When riding in the car to procure sicky supplies with the radio off because the incessant blather of radio DJs makes you want to climb into the radio and chop off some heads with a katana a la Kill Bill and you're waiting to turn right but the oldest lady on the planet is taking a million and twelve years to cross the road, the sound of your turn signal can make you go insane.

Little old lady taking a million and twelve years to cross the road, I respect your right to be a pedestrian. In fact, I encourage it because who the hell can imagine the mayhem you might cause behind the wheel of a major piece of machinery. However, for your own safety and my sanity, don't wait to step off the sidewalk until the light turns yellow. In this case, even a healthy, spry person would have to jog to make it across in time. In your case, you're just holding up traffic, punkin.

Lard bless the young emo Latino at working checkout at Target who asked me my birthdate to buy Nyquil. First of the all, who knew you had to be 18 to buy Nyquil? Second of the most, kid should get a pass straight to whatever he considers heaven for thinking I look under 18 (Don't any of you burst my bubble and say he has to ask anyone who looks under 80 mmmmmk?).

When I get sick, all I want to do is curl up in my bed and watch TV on my laptop. How to the ever, there are NO new television episodes right now which makes me think there is some kind of massive conspiracy against me. When I'm busy, oh sure, churn out the quality drama and snappy wit. But when I'm sick? Nada. I demand televised stimulation, people!

So instead, I've been watching lots of movies and episode after episode of Bones. Damn that show is goooood. Also: I will be marrying Hodgins. You're all invited. What can I say? A girl's gotta do what a girl's gotta do (pee to the ess, I love that gotta is apparently correct according to spellcheck. what is happening to the world today?).

I can't decide what I should go as for Halloween this year and need your help. Should I go as:
Rachel from Glee 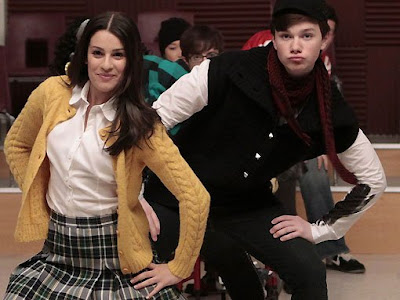 She's the one on the left.
Though going as Kurt is tempting as well
Or should I go as:
Audrey Hepburn from Breakfast at Tiffany's 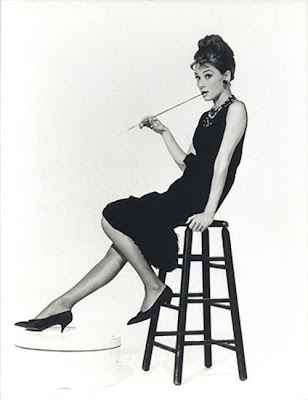 Or Audrey from Funny Face 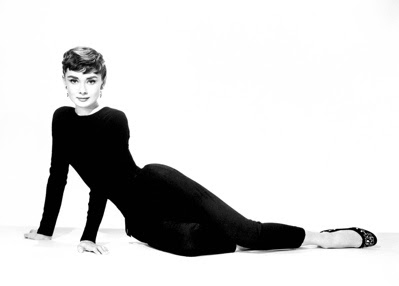 Aaaaaaand vote:
Email ThisBlogThis!Share to TwitterShare to FacebookShare to Pinterest

12 comments mean you love me:

what happened to Minnie Mouse?

meh. Minnie was gonna be too much work.

hope you are getting better…sore throat is not a lot of fun its just uncomfortable and difficult to swallow.

usually, i would take the Nim Jiom Cough Syrup which has a thick consistency formulation. it coats the throat and includes herbs that are particularly good for that application.

i hope it works on you as well.

thanks, Jane. I'll check that stuff out!

18 to buy Nyquil? Isn't there a voodoo donut made with Nyquil? Feel better and because I want my opinion known, Audrey from Funny Face.

is there? well dude, I'd better get my sick butt to voodoo.

I think you should be all three -- Rachel from "Glee" and both Audreys. Maybe just wear a cardigan, sit on a stool and wear flats.

that's brilliant!!! am I wearing pants in the scenario? or just a cardigan and flats?

durn it. and now the vote is tied again!

I like it. no pants it is. or isn't. or something.