This Week at Sprocket Ink 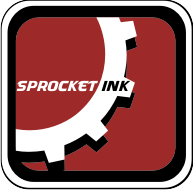 Can you believe they still like me at Sprocket Ink? I know. I couldn't believe it either.

And not only that, but I'm taking on a third slot, so you'll see three articles from me each week now. I'm so excited about this!

Anwayyyy, down to what you really want, the goods.

Southwest Says: Bigotry is Okay if You Apologize
Southwest apologizes to a Muslim woman who was ejected from a flight after she ended a cell phone call with, "I've gotta go."

Japan, When it Quakes it Pours
8.9 magnitude earthquake, Tsunami, death roll rising, homeless and orphans, and a nuclear reactor leak. Japan could use a break.

Inside Scoop: Obama’s True Motives in Libya
Not only has Obama okayed secret aid to Libyan rebels, but according to an inside source, Obama’s motives may not be quite so clear.

And don't forget to help me out with likes and tweets and diggs and stumbles. Thank youuuuuuu!
Email ThisBlogThis!Share to TwitterShare to FacebookShare to Pinterest

You are awesome and so are your stories!