Cruel to be kind? 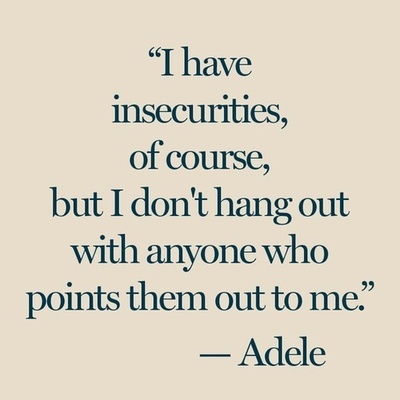 Today's post isn't an update about my life and, I have to say, it does feel good to have the time to write about stuff other than update posts. I like keeping you internet friends up to date on my life, but I really love pontificating, rambling along about my opinions and ideas and thoughts.

This is something that continues to bother me year after year, and it must bother the rest of the world too or we wouldn't see piles of books written about the benefits or detriments of either side. I'm talking about tough love versus nice (?) love, negative versus positive reinforcement.

Maybe it's because I've lately been obsessed with that teen show Awkward (thanks, Lori) or because I see it on my facebook all the time in the vein of, "I don't care if it makes me a bitch. If you're acting stupid, I'll tell you! I'm not mean; I'm honest..." etc. etc. etc.

But I think that's total bullshit.

Parenting is one thing and I'll get to that in a sec, even though I'm not a parent, though I am a daughter and so I do have an opinion. But it kills me that this is still an issue between friends, lovers too, but that's something else. I've said this before, but I've always thought that good friends are made of people who accept each other no matter what. Sure, some behaviors are unacceptable in a friendship, but I tend to think that unless you're doing something really bad (like sleeping with the friend's spouse or shooting heroine or something), you just let that little shit go.

It's not our jobs as friends to shape each other and make another person behave how we want them to be. If you don't like how a person is, don't befriend them. Simple as that.

My best friends challenge me as a person, sure, and are honest when I ask their opinions, but they're never, ever mean to me. That's not why we're friends. We're friends because we love and support each other and part of that includes letting each other make our own mistakes and still being there when we fall. That's how it works.

I tend to think the whole truth hurts method doesn't work anyway. I don't think people respond to being talked down to. I certainly don't. My whole life my mother told me what I did wrong, told me I wasn't good enough, wasn't smart enough or pretty enough or talented enough. And did that make me work harder? No. Well, it made me try harder to get her approval (which was unattainable), but not in the ways you'd think. In the ways she beat it into me that I was a failure, I just gave up after a while. What was the point? When I never had any success?

I could recount for you a million stories just like that, my ballet teacher, several different boyfriends, a couple of teachers and bosses, all people who treated others with meanness and harsh criticism sans any kindness or praise. And the results were the same. I failed or struggled or shut down.

And the people I consider my mentors? They pushed me to improve, of course, but they encouraged me along the way and praised me when I did well and celebrated my successes and saw my setbacks as ways to do better. And I flourished.

It goes without saying that Eminem is kind and supportive and I think part of why we have worked so well thus far is because we let ourselves be who we are. We're not trying to fit each other into what we want; we coexist. And sure, when we have disagreements, we work it out, but we're not trying to change each other. That's new for me.

I think a little kindness and tact go a long way! I don't care if it's your child or best friend or husband, there's no reason to be mean. I don't care if you think I'm acting stupid or going to fail or get hurt, that's my mistakes and failures to make and your lack of kindness or understanding isn't helping anything.

I know being mean is chic right now. Hell, I make jokes about stupid people alllllll the damn time. They're funny. And I'm all about funny. But in practice? Meanness is just meanness. It isn't funny. Let's just be nice to each other! I don't understand why that's so hard. And not just strangers- the feelings of the people closest to us should matter most of all.

So be nice already.

*steps off soap box*
Email ThisBlogThis!Share to TwitterShare to FacebookShare to Pinterest

And yet, if you knew me, you'd understand why the "I'm not mean, I'm blunt" applies so perfectly. It has to do with me being bipolar and my kids having Asperger's, partially, but also to do with a low bullshit tolerance level. I expect to be called out when I do stupid shit (like falling for a satire the other morning), and I cheerfully snopes the hell out of most things (when my brain is working). I get your point though, and it's a good one.

I completely agree with you.

I don't agree with your mother. You are quite smart and pretty. For what it's worth, you're good enough to me.

I'm a silent, occasional reader, but I have to say that this seems really ironic and rather hypocritical coming from you, based solely on some of the posts I've read on here.