Old Emails and the Meaning of Life. Or Something.

Last night, I spent much too much time going through and deleting old emails which were just clogging all the space on my computer.

And there were a literal metric fuckton of emails in there and it's amazing how, in the process, I was shoved right back in time. Each one a memory.

Emails from friends come and gone, fellow bloggers, fellow writers, old bosses and editors, name changes and email changes and life changes. Guest blogs and favors and advice.  Emails of support when my cat was dying or I had a stalker or a crazy roommate or a new job. Work emails and Etsy emails and receipts. Long chains of laughter and ridiculousness from the many writers come and gone from Sprocket.

I can't believe so much happened in just a few short years, all right there, like a stack of dusty old letters.

But, of course, they're not letters; they're emails. And like anything else one hoards, they take up space.

I might be a bit of an email hoarder. I hoard anything electronic really. I don't hoard physical things, mostly because my mom is a real life hoarder and I'm not exaggerating the teensiest little bit about that. Real. Life. Hoarder. But electronic docs and pictures and emails? Yeah, I hang on to those. I guess I'm afraid of deleting and, while I do back up, really do I need to keep every single one? Will someone ask me who I was emailing about that blog post I wrote about vaginas back into 2009? If they do, they've got too much time on their hands, I tell you what.

Deleting them all was liberating in both the physical and literal sense. I freed up space on my mac, of course, but it also felt like letting go of the past while also understanding it. Walking down memory lane was fun and it's great to have a reminder of the path I've followed, but ultimately, I don't need to rehash every word, every memory, every event.

When I was much younger, I kept letters (people did use to write real letters, kids!) and photos and mementos from my boyfriends. I had shoeboxes of these useless things that I kept in my closet. Why? I couldn't tell you. But, in 2006, when I ended the most destructive relationship I'd had in my young life, I threw all those boxes away. Every single one. Because I still had my memories and holding on to that junk was holding me back too.

And also, it got me thinking about my path and where I am today and where I've been. Yeah yeah, existentialism and yadda yadda yadda. I don't believe in preordained paths or destiny or fate. I don't. I think that we're like moths, seemingly haphazard in the energy of the world, pulling towards what attracts us and repelling from what scares us. My path certainly looks moth-like. 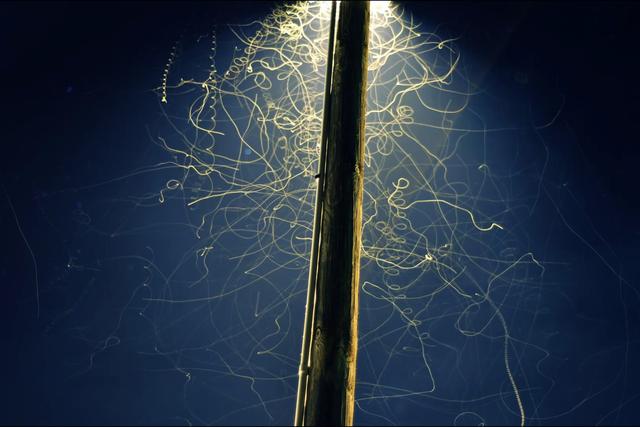 It may seem haphazard, but it's had purpose and each choice was deliberate. And what wasn't choice? My reaction to it has had meaning and significance. It's easy to say that life has just happened to me, which, in a sense, it has, but what I do with what happens is worth something, thinking about, discussing, learning from.

As you know, this time in my life is a little crazy. I'm going through some major changes and every day takes decisions.

But, for some odd ass reason, I'm not really scared. And I think that's because I'm in the driver's seat. I get to choose what's next. Maybe I'll do something wonderful or maybe I'll fuck it all up. But the decision is mine!

I watched TED talk recently about the fallacy of choice and, while I usually love TED talks, this one I didn't entirely agree with. He made great points, but I think choice is the biggest thing a person can have. It may not bring you more happiness, sure, but if it's your choice, who cares? It's your life to fuck up or improve or enjoy as is! It's yours alone.

And yes, there are hindrances like class and race and bigotry, etc., that hold us back from agency; I know that all too well. That's a post for another day. I'm talking about being empowered by choice, losing fear because of choice. I was so scared and miserable when I felt trapped in a situation I didn't want to be in. It was a horrible feeling. I gained weight, I stopped sleeping, and I just felt awful all the time.

And now? I don't have much money. And I don't know what will happen next. And I'm working my butt off to figure that out. But at least it'l be my decision. And THAT! is a great feeling, my friends.
Email ThisBlogThis!Share to TwitterShare to FacebookShare to Pinterest

I love every single aspect of this post.
I think we are moths too. We pave our own journeys.
Being the driver and knowing and feeling that you're the driver is an amazing realization.
Confession: I hoard emails. You never know when you may need to use it as blackmail. muwhahha

Happened to trip into your blog and what can I say. .could we be metaphysical twins. .this could be any day of my life over the past few months. .big life changes because of choices I finally made..difficult but liberating. .we have our wings now to be moths fluttering our way through life free of what weighed us down and kept us grounded. .love. .will continue to read. .thank you for putting it out there. .