As a kid, I always loved the Brady Bunch, maybe because I was an only child who desperately wanted a houseful of siblings, though, let's be honest - I was also obsessed with Marcia and her gorgeous hair and bellbottoms and I pretty much spent a chunk of my formative years trying to look like her.

Where I'm going with this is that Eminem have our own Brady Bunch-esque house going on. Sure, we don't have children, but we do have two cats that used to be only children and a bulk of our days is consumed by those two furkids.

Truly. Merging the furniture has been surprisingly breezy. We've been able to mostly agree on decorating and style (aside from his occasional affinity for plaid). We've yet to have any huge blowout fights (though that's not really our style) and have survived just a few small tiffs with no casualties. We don't fight over the television. In fact, most evenings, he'll be watching some game on TV while I watch one of my shows on my laptop with my earbuds.

But the cats. Those rascals. 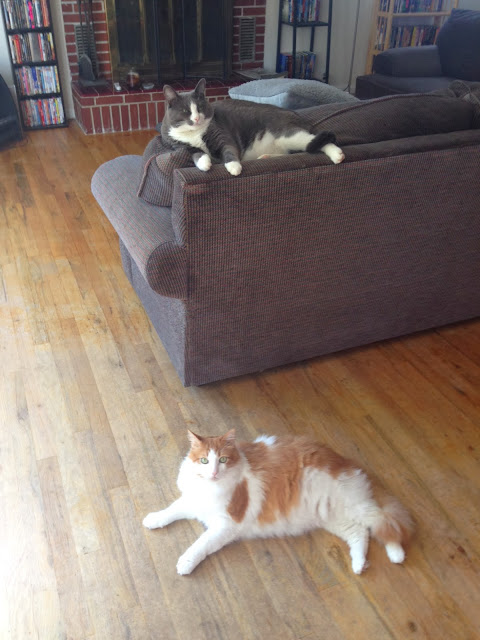 Hobbes desperately wants to be friends with Iggy, which makes sense. The only other cat knew was Jete and those two were the best of friends. In many ways, Hobbes was Jete's cat, while she was mine.

And now I'm tearing up a little. Dammit if losing our furbabies isn't painful forever.

It also freaks me out a little how much Iggy is like Jete. 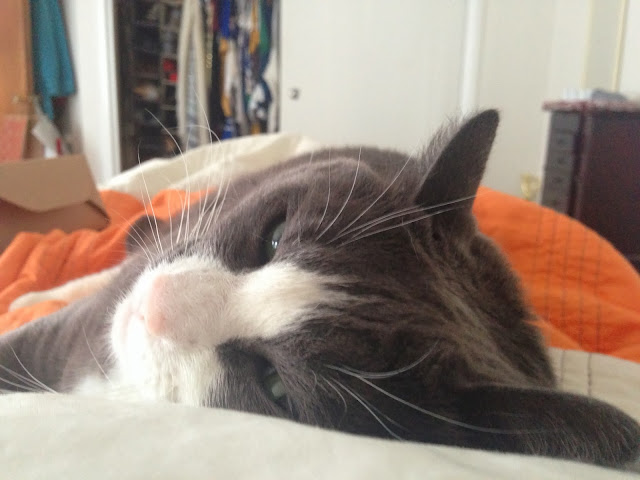 He's smaller and has this cute munchkin face, but he's just as smart and moody and mischievous. He's also cuddly in a really demanding way. Saturday mornings, he'll often crawl right up into my face and demand attention and it reminds me soooo much of her.

So Hobbes has been surprisingly bold and brave about Iggy. He's doing everything he can to get Iggy to see how sweet and cuddly and harmless he is. But Iggy isn't so sure about Hobbes. Just when it seems he's warming up to my fat boy, Hobbes gets too close and hissing and head batting ensues.

They do seem to get along the water fountain, taking turns at the dripping faucet, but that's their only neutral zone as yet. 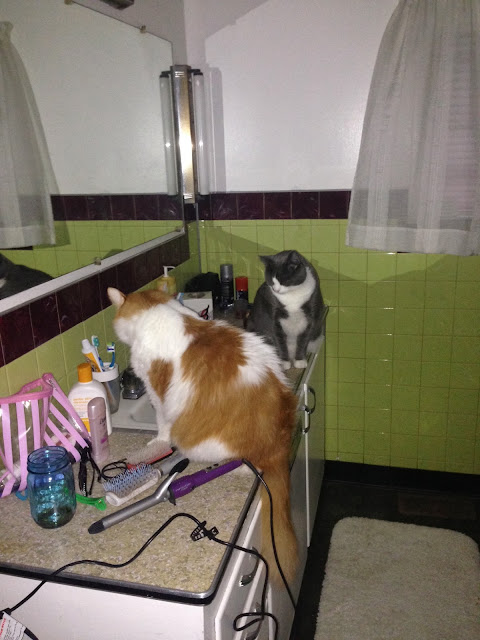 So Hobbes has taken a new tactic: making Iggy jealous. He's been sleeping in Iggy's fave spots, cuddling up to Eminem, and eating all the food. Well, he ate all the food before too. 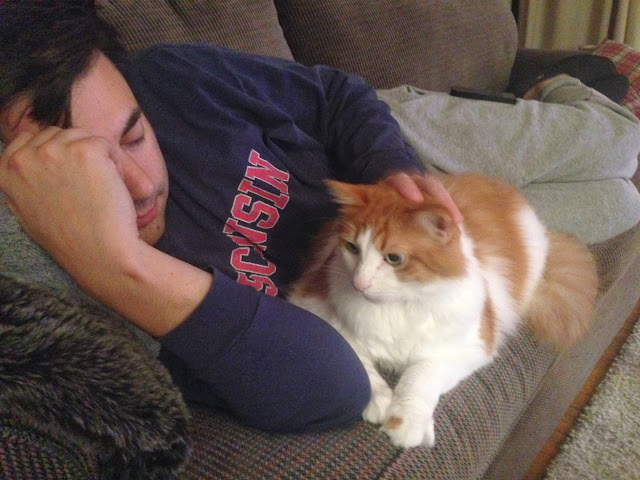 I have to hand to it him; I never would have guessed my big lug would have been smart enough to come up with such a plan. And it seems to be working, sort of. Iggy hasn't warmed up to Hobbes, but he has warmed up more to me. He even slept on my side of the bed last night. 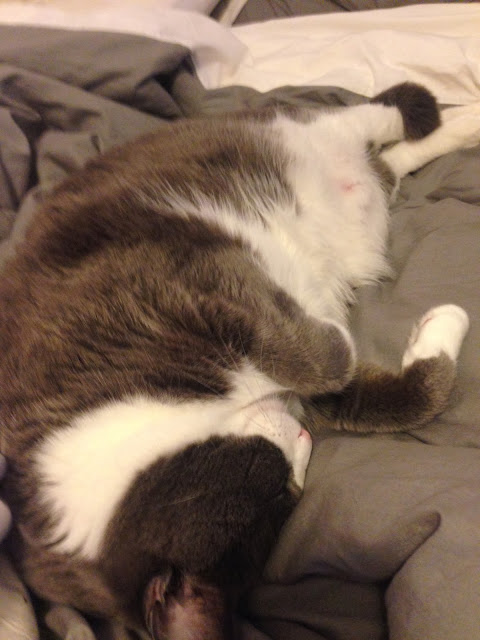 The jury is still out on these two, but I have hope that they'll be best friends soon enough.
Email ThisBlogThis!Share to TwitterShare to FacebookShare to Pinterest

way to go, hobbes! you'll win him over!

also, omg i really wish i had a cat to cuddle after all of those adorable photos!

You know it is entirely possible that, when you guys aren't home, these two snuggle up together and become best friends? I suggest a nanny cam. ;)