Oh my gourd, Internet, it has been two whole weeks since we last talked and so much has happened! I have no idea where to start so I guarantee this post will be disjointed, rambly, and altogether random.

A few days ago, I almost died. For reals. And it was so scary that I cannot stop telling the story.

I was walking in a crosswalk in downtown Portland, on a green, clearly having of the right of way, when a big SUV barrels around the corner going pretty fast. Clearly they weren't looking and they weren't going to stop either. I had to run to get out of the way and they missed me by maybe a foot. And they just kept going! Never even paused. Probably never even saw me. If I hadn't been paying attention, I'd be roadkill right now.

On the upside, I am loving my new place! Hobbes is happier there and it's so nice to see him sitting all over the furniture and watching out the windows. I know the tension in my old place affected him too. Bitch roomie did try to fuck up my happiness again but it's all settled now. I don't even want to get into it, suffice to say she's leaving me alone for good and I never want to see or think about her again.

There is one major lesson I got to relearn because of all this though: One's happiness is the most important thing. I'm not talking about making sacrifices or doing what needs to be done, etc etc etc. I'm talking about not putting oneself into situations that are not only happiness suckers but unnecessary and I'm talking about setting aside one's attachment to pride and money and all those other things we place before happiness.

I am confident that had I had to go to court over this drama, I could have made a damn good case and I would have won. But did I want this to drag out months and months? No. I know I didn't have to pay any more money but did it make the problem go away? Yes. Sure, I handled it legally and covered my ass, but when it comes right down to it, money is just money. It's not worth as much as my happiness. And my pride? Not worth as much as my happiness. I don't need to prove I was right. I don't need to win anything. What I needed to do was walk away and put the whole thing behind me. Worth it.

So that's over. Hoorah! Let's all drink to that.

And I got my tax return so I have money again! I may have gone a little crazy at the grocery store buying luxury foods I've been denying myself for the sake of my measly budget. Hey, after weeks of baked potatoes (which I do love) and soup, how can a girl resist ice cream and chips and gluten free cookies? I guarantee it will all be gone in a few more minutes. And then I'll have to buy fat clothes.

Oh and I had the weirdest night the other night. So I'm hanging out at my new fave bar with my new friends and ex new guy is there, which was inevitable and which was also awkward awkward awkward as all holy hell. But that was okay for the most part.

But there's this other guy in the group that I am interested in so he and I are talking and flirting and that's all great. Then the roommate of an ex boyfriend walks in and he and I talk a bit and I'm looking around to make sure that ex isn't there too (wasn't, thank the lard), but it's just a bit weird and coincidental at this point.

THEN, this other guy walks in, a guy I went on a date with forever ago and it was NOT a good date. Like probably on the list of worst dates list ever in the world. But it doesn't end there. Turns out Bad Date is friends with my new friends. But wait. There's more. He comes over to me, sticks out his hand, and goes, "Hi, I'm Bad Date." (See what I did there?). And I go, "I know, we went on a date once.

You should have seen his face. It was like an episode of Friends. You know the one.

And, truthfully, it seemed like he felt really badly for not remembering me and to be fair, I look quite a bit different now. He was like, "I take it it wasn't a good date?" And I was like, "Yeahno." It took him all night to remember and he apologized and we had a good laugh. But holy fuck, people! Really?

So not only were all the men I've ever dated in Portland converging in one bar one night (that could be a good book plot) but one didn't even remember me. Awesome. Thank heaven that HP didn't walk in and complete the circle of awkward. Plus, now I'll have dated like 3 guys in this group. I'm that girl. Oh joy.

And yes, you read that right, I said 3. Which means it's going well with the other guy I was flirting with, who we'll call Eminem (even though he's nothing like Mr. Mathers in any way really). I'm gonna keep this under wraps for a while but I'll just say we had a lot of fun.

Oh and I cut off all my hair! I donated ten whole inches to Locks of Love.

The stylist was super sweet too. He was like, "some bald kid is gonna look gooood now." Which is so wrong but so funny. I do have lots of hair, or, I did anyway. 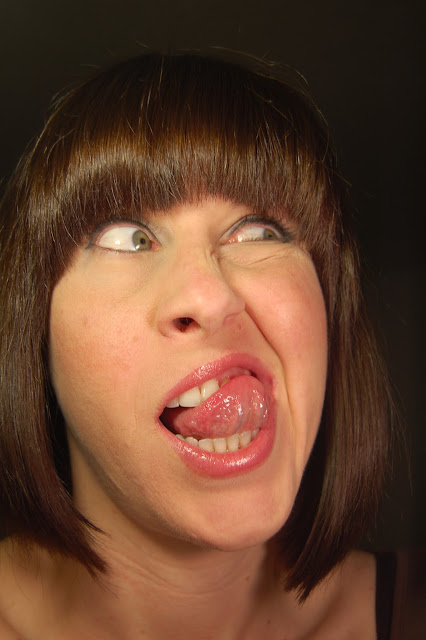 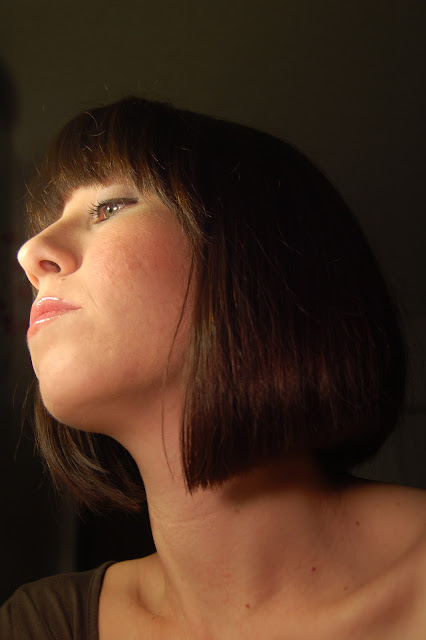 I realize I'm a huge dork. That's why I included an artsy shot too.

So I must stop myself there. How've you been, Internet?
Email ThisBlogThis!Share to TwitterShare to FacebookShare to Pinterest

That is very awesome of you to donate to LOL.

Ehh, maybe we shouldn't use the abbreviation.

Also, glad you got a decent amount of money back. I have to send them a huge check :(

I am just glad to hear that you got the last roommate experience behind you.

I was once walking in the mall and three ex-girlfriends came walking around the corner. One of them said, "Oh, there he is right now."

I didn't stick around to see what would happen next.

The next time someone says "LOL," I'll be like, "OH, that's my favorite charity!" And then they'll feel stupid. As they should.

Glad you were not run down in the middle of the street.. not a glam way to go.

Congrats on donating you hair to such a good cause, and agree with earlier commenter, they desperately need a new abbreviation....

Love the new haircut - you are SO PRETTY.

And I love that story, too. AWESOME AWKWARDNESS.

Glad you and Hobbes are in a happy place. SO HAPPY FOR YOU!

you look GORGEOUS!!!!!!!!!!!!!!! Absolutely GORGEOUS!!
Oh and PLEASE write the book of all of your dates meeting in one place! lol

If "bad date" had been on his toes he would have pretended he had been in a horrible accident and has amnesia.

That's what I would have done.

Everything is done perfectly

I have sent an award your way. It's on my blog if you are interested.

Congrats on avoiding the Reaper, teetering on the brink of largness, surviving alcohol plus exes, and bequeathing body parts to an unknown hairless one.

if it builds your confidence a little your really quiete attractive :) all the way from australia