The Men in My Life

Have I mentioned I'm the best daughter ever? I am.

A month ago (ish) was my pop's 65th birthday. To give you a better understanding of my dad, he told me, "I'm a officially old." Yup. That's my dad.

Anyway, that's a big birthday and so I wanted to do something special for him but I live all the way up in Portland and he's in Southern California and I'm now, how you say, rich. He also hates presents. My mother fills their house with enough crap to fill the Louvre so the man doesn't want or need any "stuff."

So I thought and I thought and with the help of a few key people, decided I'd send him a pie. Because he likes pie and it would be an unusual gift and I love the unusual. Still, finding a place that both made pie and would deliver was a challenge and I didn't want to ship one myself because that pie would be decimated, I guarantee it, and I didn't want my dad to get a mangled pile of pie in a Fed-Ex box on his birthday.

As you've probably guessed, I did finally find a bakery in his small town that would make a pie and deliver it for a not small but not exhorbitant fee and had it sent to his work on his birthday (after confirming he'd be working and after calling his lab to make sure all his coworkers knew it was his big SIX FIVE and would embarass him thoroughly.

On the big day, I get a call from him, "Did you send me a pie?" I guess the bakery didn't include the message from me like I'd requested, but I love that he figured out it was me. He also didn't figure out that I was the one who told his coworkers because I guess he yelled at my mom that night. He was telling me what a narc she was the next day to which I had to gleefully and maniacally take the blame.

So many evil laughs were had.


The other day, Eminem and I were driving around Portland and we saw this guy walking on the side of the road. He wasn't limping exactly, more like walking very very carefully and he was carring a sleeping bag.

And Eminem goes, "He's not wearing shoes!" Which explained the careful walking.

And it's not like this guy seemed homeless. He was fairly clean-looking, wearing a T-shirt, jeans, and the bare feet of course. Besides, most homeless that don't find or steal shoes would get big calluses on their feet I would assume. So if this guy was homeless, he was new at it.

So we started trying to figure out this dude's story. Maybe he was camping and was attacked my bears and escaped only with his sleeping bag. Nope, unlikely in the middle of Portland. And then I had it! He cheated on his wife and she threw him out, shoeless, and threw a sleeping bag at him from the upstairs window as a final move. Can't you picture it? It made total sense.

And Eminem goes, "I will always wear socks."

He's lucky he's so cute, I tell ya what.

Nonetheless, as you can imagine, we've been doing really great. I just never thought someone like him existed.

Yesterday, he made me gluten free fried chicken and I was watching him cook (something I've always found so attractive in a man) and thinking about how attentive he is and how conscientious he is of my dietary issues and just how he's so smart and funny and sweet and pretty much totally fucking wonderful, and I started crying.  I was just overwhelmed with happiness. I rarely cry when I'm happy. I really hope he's not reading right now because so far? He's everything I've ever wanted and I can't believe I'm actually saying that and I'm blushing as I type that right now. But I can't help myself. 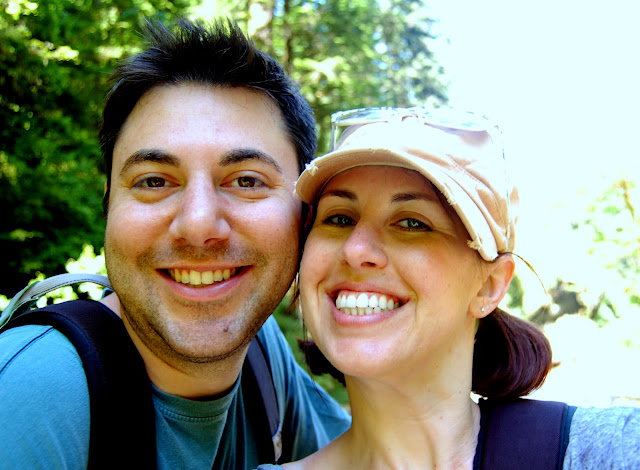 I've told you how much I love my cat right? My sweet, dumb Hobbes boy? I do. I love that big lug. But last week I killed him. I had to. The little shit.

I awoke to find that the brat had peed on my couch and a bunch of my clothes, which he's never done before. Needless to say, I was pissed. Literally.

It turned out okay. I washed everything in vinegar and nothing smells, and Hobbes hid from my wrath for a couple days.

But then a week later, I was brushing some fleas off Hobbes (He had an outbreak. I medicated. Is okay now.) as he was on my lap and I guess one must have bit him because he freaked out, tried to roll over quickly to bite it, got his claw caught in the couch, screamed like he was dying, and peed all over me.

Yup. That happened. So now I have a cat that gets scared and pees everywhere. Awesome.

And then today I discovered he'd peed all over my backpack too. Was he scared? Upset at me for spending the night elsewhere last night? I don't fucking know. And what the hell will happen when I travel? Will he pee all over everything? Do I need to cover my whole apartment in plastic? Fucking fuck fuck.

Damn cat. Don't ever tell me I don't know what it's like to have a special needs child. I have Hobbes.

Yay for Eminem. I can identify with finding the prince after many, many frogs! It feels awesome!

oh and as for the cat? My cat did the same thing when I started dating the Keeper. Silly, jealous kitty.